Semen is now available from this thick and powerful Wagyu bull, whose pedigree includes one of the most highly valued bloodlines in the full blood population.  His sire, Rueshaw, was the only Japanese National Champion to leave Japan and he was the first Wagyu to be registered in the U.S.  Rueshaw’s semen is in such demand that it sold for $5,000/straw at auction in 2012 and $4,200 in 2015.  #65’s dam adds stellar carcass quality credentials through the Sanjirou, Kitateruyasudoi, and Dai 10 Mitsumaru lines.

#65‘s pedigree combines the exceptional production and maternal traits of the Kumamoto Red strain with the Tajima strain, which has a sharp focus on marbling.  He will provide hybrid vigor to red and black Wagyu herds as well as produce crossbred calves that perform well in the feed lot.  His half-brother, JC Rueshaw 75, was the highest marbling Wagyu at the 2014 and 2015 Houston Livestock Shows and he was named as the Grand Champion Red Bull.  #65 has sired two Reserve Grand Champion bulls at the Houston Livestock Show (see photos below).

This bull is 100% full blood Wagyu and registered.  As a 3 year old, he was so docile that we could approach him out in the pasture, scratch his back, and feed him treats.  He was trained to lift his head and take cattle cubes right out of our hands.  His birth weight was 70#; 400 day weight was 1,028#; mature weight is 2,170#.

This semen is of the highest quality.  It tested at an astonishing 27.5 million sperm per straw (thawed at 0 hrs.), which is nearly four times the industry average of 6-8 million.  #65 was described by Elgin Breeding Service as “best in the barn” and “easily in the top 5% of all the bulls we’ve ever collected”.  Conventional semen priced at $50/straw.

“If one can't get cows bred with this semen, then a trip to AI Management School would be in order.” 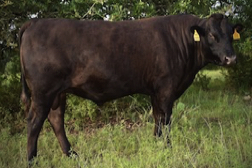 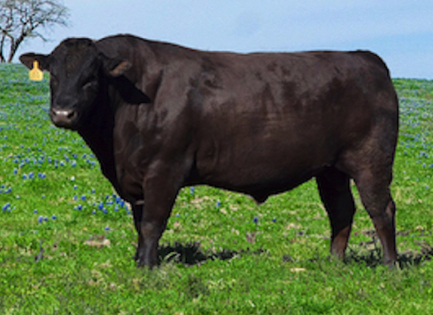 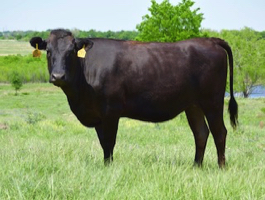 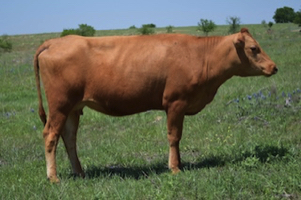 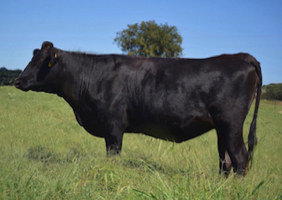 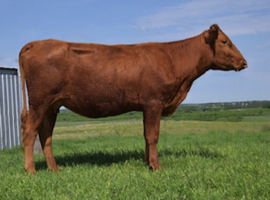 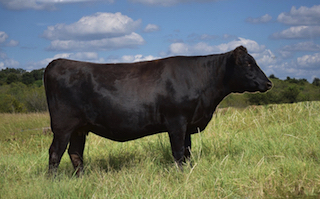